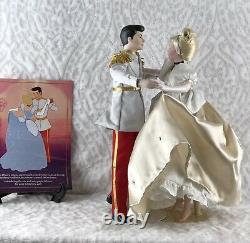 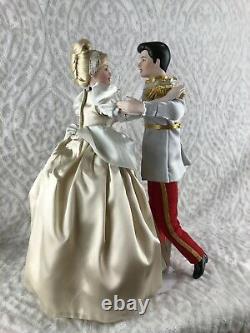 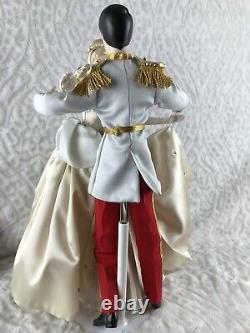 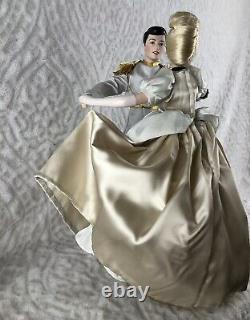 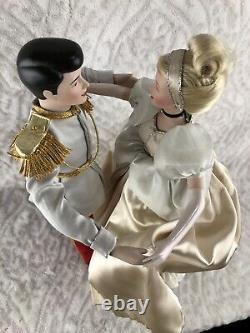 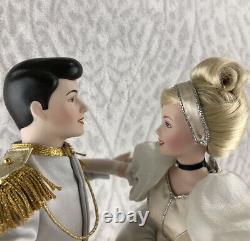 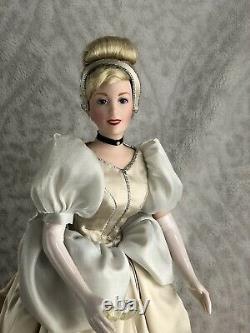 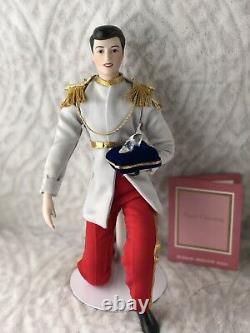 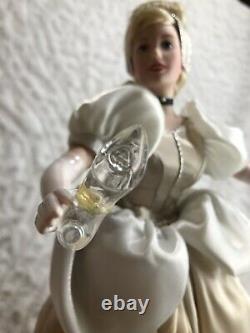 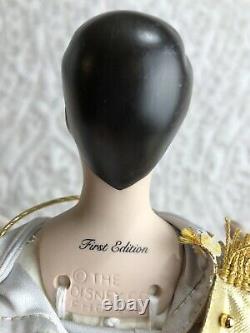 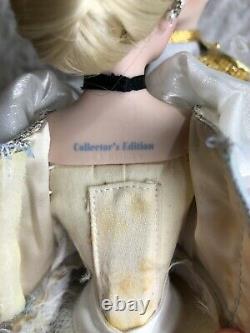 With virtually every detail based on the hero of Walt Disney's Cinderella, the classic animated feature film, this Prince Charming bears a First Edition hallmark identifying him as the first Prince Charming doll created by Franklin Heirloom Dolls (FHD 1992) and authenticated by The Walt Disney Company. No other Prince Charming doll will bear this seal. His left hand holds the pillow and glass slipper and his hair and boots are painted by hand. His doll stand wraps around his waist and can hold him up nicely whether he is on one knee or floating in air while dancing with Cinderella. Cinderella's shoe was repaired with superglue in one spot; see picture of the shoe she is holding in her right hand. Use care when removing the bubble wrap from Cinderella's right hand which holds her Glass slipper (slipper is made of plastic) as the slipper is permanently affixed to her hand. Her dress with the lightest-blue puffed sleeves and the cream colored dress has a few tiny spots that go unnoticed and may be DRY CLEANED ONLY. Her white gloves are painted on. This item is in the category "Dolls & Bears\Dolls, Clothing & Accessories\Dolls & Doll Playsets".

The seller is "rick__b" and is located in this country: US. This item can be shipped to United States.